In March 1978 the Premier mine in South Africa yielded yet another remarkable diamond, a triangular-shaped cleavage of the finest color, weighing 353.9 carats. Like an earlier gem found at the Premier, the Niarchos, this one too traveled right through the various stages of mining recovery only to emerge at the final one, the grease table in the recovery plant.

For reasons of security, the news of the finding of the diamond was not released for two months. After it had been disclosed, the press lost no time in speculating about possible destinations for the eventual polished gem. Prince Rainier of Monaco was obliged to deny reports that he was planning to buy it as a wedding present for his daughter, Princess Caroline, who was shortly to be married; another European royal family was rumored to be interested; Emperor Bokassa of the Central African Empire, who had already spent $20,000,000 on his coronation, was said to have made an offer. In the end the Johannesburg firm Mouw Diamond Cutting Works purchased it, naming it after Mrs. Rose Mouw.

The Mouws then contacted their American partner, William Goldberg, who promptly purchased a share in the diamond. When he set eyes upon it, Mr. Goldberg exclaimed, "A lot of people are going to be interested--this is an unusually exciting diamond."

The cutting was carried out in South Africa and produced three gems which became known as members of the Premier Rose family. The largest, which has retained the name Premier Rose, is a pear shape weighing 137.02 carats, cut with 189 facets and measuring approximately 43.40 by 23.20 by 18.93 mm. It was submitted to the Gemological Institute of America for certification where it received a "D" flawless rating, symbols for the finest qualities of color and clarity. It was then the largest stone of this caliber to have been certified by the GIA. The weight of the Premier Rose makes it the second biggest pear-shaped diamond in existence. 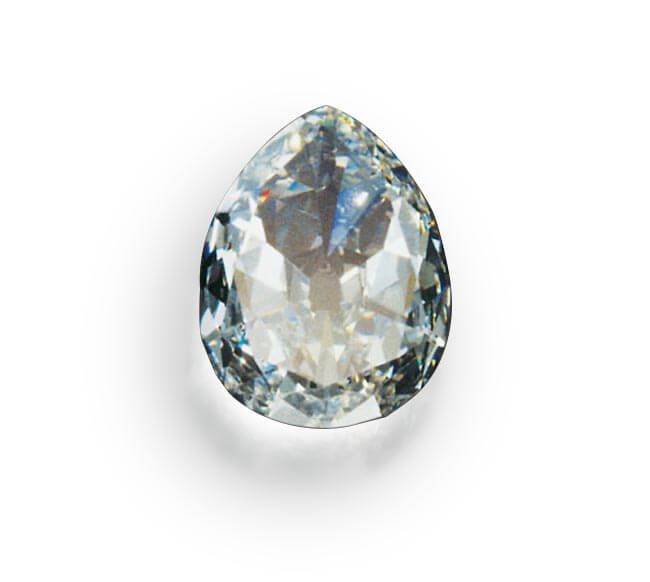