Diamonds have no mercy. "They will show up the wearer if they can," says one character in The Sandcastle, an early novel by British writer Iris Murdoch. But is it applicable to Elizabeth Taylor? Those well-publicized gifts which she received from her fifth husband, the late Richard Burton, certainly enhance her appearance and do not look out of place on her. A rapport is established between the jewel and its wearer.

Richard Burton's first purchase for Elizabeth Taylor was the 33.19-carats emerald-cut Krupp diamond, in 1968. This had formerly been part of the estate of Vera Krupp, second wife of the steel magnate, Alfred Krupp. Taylor wore this stone in a ring. Next came the magnificent pearl known as La Peregrina for which Burton paid? 15,000.

For Elizabeth Taylor's fortieth birthday in 1972 Richard Burton gave her a heart-shaped diamond set with rubies in a pendant. "I would have liked to buy her the Taj Mahal," he remarked, "but it would cost too much to transport. This diamond has so many carats, it's almost a turnip." Then he added, "Diamonds are an investment. When people no longer want to see Liz and I on the screen, then we can sell off a few baubles."

By far the best known of Richard Burton's purchases was the 69.42-carats pear shape, later to be called the Taylor-Burton diamond. It was cut from a rough stone weighing 240.80 carats found in the Premier mine in 1966 and subsequently bought by Harry Winston.

After the rough piece of 240.80 carats had arrived in New York, Winston and his cleaver, Pastor Colon Jr, studied it for six months. Markings were made, erased and redrawn to show where the stone should be cleaved. There came the day appointed for the cleaving. In this instance the usual tension that surrounds such an operation was increased by the heat and the glare of the television lights that had been allowed into the workroom. After he had cleaved the stone, the 50-year-old cleaver said nothing--he reached across the workbench for the piece of diamond that had been separated and looked at it through horn-rimmed glasses for a fraction of a second before exclaiming "Beautiful!"

This piece of 78 carats was expected to yield a gem weighing around 24 carats, while the larger piece, of 162 carats, was destined to produce the pear shape whose weight had originally been expected to be about 75 carats.

In 1967 Winston sold the pear shape to Harriet Annenberg Ames, the sister of Walter Annenberg, the American ambassador in London during the Presidency of Richard Nixon. Two years later, she sent the diamond to Parke-Bernet Galleries in New York for auction.

The diamond was put up for auction on October 23, 1969, on the understanding that it could be named by the buyer. Before the sale speculation was rife as to who was going to bid for the gem, with the usual international names being bandied about by the columnists. The name of Elizabeth Taylor was among them, and she did indeed have a preview of the diamond when it was flown to Switzerland for her to inspect, then back to New York under precautions delicately described as "unusual".

The auctioneer began the bidding by asking if anyone would offer $200,000, at which the crowded room erupted with "Yes". Bidding then continued to climb and with nine bidders active, rushed to $500,000. At $500,000 the individual bids increased in $10,000 steps. At $650,000 only two bidders remained in the fray. When the bidding reached $1,000,000, Al Yugler of Frank Pollack, who was representing Richard Burton, dropped out. Pandemonium broke out when the hammer fell and the entire room stood up, so that the auctioneer could not identify who had won the prize, and he had to call for order. The winner was Robert Kenmore, the Chairman of the Board of Kenmore Corporation, the owners of Cartier Inc., who paid the record price of $1,050,000 for the gem, which he promptly named the "Cartier". The previous record price for a jewel had been $305,000 for a diamond necklace from the Rovensky estate in 1957.

As well as Richard Burton, Harry Winston had also been an under-bidder at the sale. But the former was not finished yet and he was determined to acquire the diamond. So, speaking from the pay-phone of a well-known hotel in the south of England, he spoke to Kenmore's agent. Sandwiched between the lounge bar and the saloon, Burton negotiated for the gem while continually shoving coins into the box.

Patrons quietly putting away their drinks would have heard the actor's ringing tones exclaiming, "I don't care how much it is; go and buy it." In the end Robert Kenmore agreed to sell it, but on condition that Cartier was able to display the stone, by now named the 'Taylor-Burton', in New York and Chicago. He did not deny that Cartier had made a profit: "We're businessmen, and we're happy that Miss Taylor is happy."

More than 6,000 people a day flocked to Cartier's New York store to see the Taylor-Burton, the crowds stretching down the block. Shortly afterwards Taylor wore the Taylor-Burton in public for the first time, when she attended Princess Grace's fortieth birthday party in Monaco. It was flown from New York to Nice in the company of two armed guards hired by Burton and Cartier. In 1978, following her divorce from Richard Burton, Taylor announced she was putting the diamond up for sale and was planning to use part of the proceeds to build a hospital in Botswana. In June of the following year Henry Lambert, the New York jeweller, stated that he had bought the Taylor-Burton for nearly $5,000,000. By December he had sold the Taylor-Burton to its present owner, Robert Mouawad. 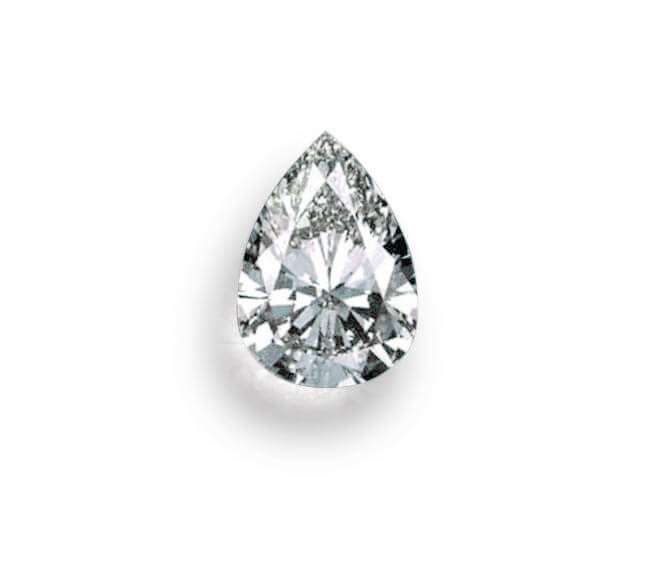